Be an Informed Insurance Consumer

What Does Insurance “Jargon” Mean?

We all buy some kind of insurance, but how well do we understand what we’re really purchasing? 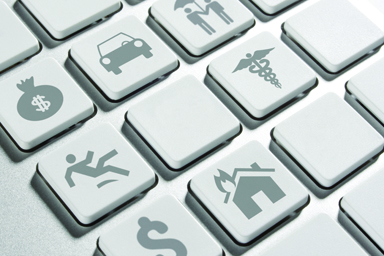 Insurance policies generally aren’t fun to read and the terminology can sound like a foreign language. For example, what is the difference between an “occurrence” and a “loss”? And if a vehicle is described as “salvage,” exactly what does that mean?

The NAIC is the U.S. standard-setting and regulatory support organization created and governed by the chief insurance regulators from the 50 states, the District of Columbia and five U.S. territories. Through the NAIC, state insurance regulators establish standards and best practices, conduct peer review, and coordinate their regulatory oversight. NAIC staff supports these efforts and represents the collective views of state regulators domestically and internationally. NAIC members, together with the central resources of the NAIC, form the national system of state-based insurance regulation in the U.S. NAIC members are the elected or appointed state government officials who, along with their departments and staff, regulate the conduct of insurance companies and agents in their respective state or territory.

The NAIC has developed a glossary of insurance terms and definitions that are commonly used in the insurance business. The definitions in this glossary are developed by the NAIC Research and Actuarial Department staff based on various insurance references.

These definitions represent a common or general use of the term. Some words and/or phrases may be defined differently by other entities, or used in a context such that the definition shown may not be applicable. New terms will be added to the glossary over time.

The mission of the Insurance Information Institute (I.I.I.) is to improve public understanding of insurance — what it does and how it works.

For almost 60 years, the I.I.I. has provided definitive insurance information. Today, they are recognized by the media, governments, regulatory organizations, universities and the public as a primary source of information, analysis and referral concerning insurance.

The I.I.I. also publishes a host of helpful pamphlets and books ranging in subjects from 9 Ways to Lower Your Auto Insurance Costs to the I.I.I. Insurance Fact Book. They are an industry supported organization but do not lobby.

The I.I.I. also publishes a Glossary of Insurance Terms for the public’s information.

The Fall NICB Informer focuses on natural catastrophes and post-disaster fraud issues, investigations, and information resources. This issue is timely as we are continuing to see the clean-up efforts following Hurricane Ian.

5 Reasons Why You Should Partner with NICB to Fight Fraud

According to our data, crime has only increased across the nation. From trending auto crimes like catalytic converter and cargo theft to organized fraud like pill mills and staged accident rings, the

NICB's 'The Informer' Focuses on Staggering Rise in Auto Crime

The NICB, the insurance industry’s association dedicated to predicting, preventing, and prosecuting insurance crime, announces the release of its new issue of The NICB Informer publication. The Summer edition focuses on the nationwide surge in auto crime.