Thefts of Vehicles with Keys Left Inside Continue to Rise

DES PLAINES, Ill., March 26, 2019 — On every single day from January 1, 2016, through December 31, 2018, an average of 209 vehicles were stolen across the U.S. because drivers left their keys or fobs in their vehicles making them attractive targets for thieves. Today’s report from the National Insurance Crime Bureau (NICB) shows that during this three-year period, a total of 229,339 vehicles were stolen in this manner—a 56 percent increase since 2015. When including the numbers from 2013, that increase balloons to 88 percent.

RELATED RESOURCES: The full report can be viewed and downloaded. The full dataset is also available. Download an infographic, and a video is available as well.

While national vehicle thefts have enjoyed a steep decline since 2003, in recent years, there have been some upticks in thefts; most notably in 2016 when 765,484 vehicles were reported stolen—an increase of 57,726 from 2015. According to today’s report, in that same year, 69,351 vehicles were stolen as a result of keys or fobs remaining in the vehicle. Had those complacency thefts not occurred, 2016 would have posted a decrease rather than an increase in annual vehicle thefts. 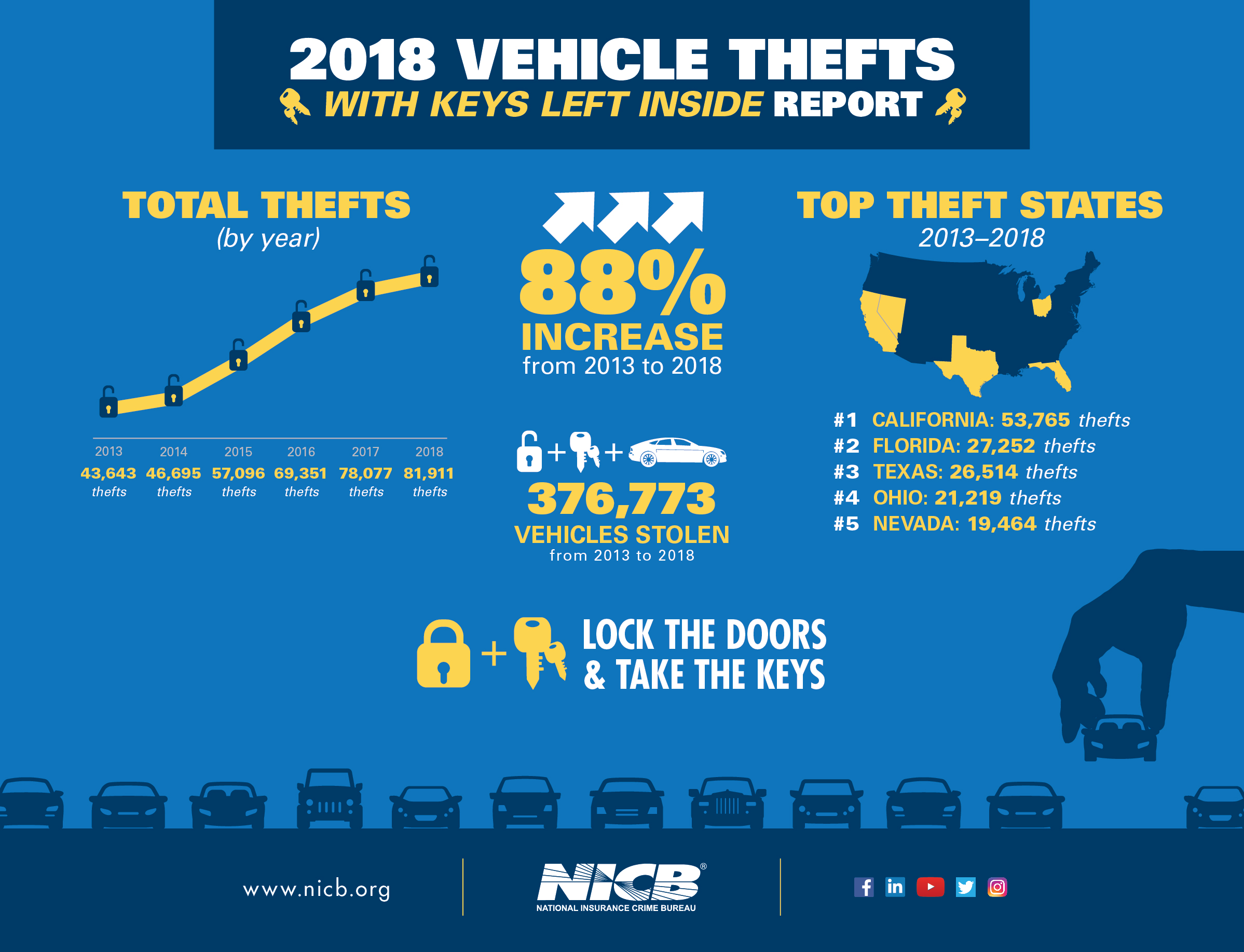 “We can’t stress enough the importance of locking your vehicle and taking the key or fob with you when you leave it,” said NICB President and CEO Joe Wehrle. “Anti-theft technology works, but only if you use it.”