DES PLAINES, Ill., March 2, 2020 — The National Insurance Crime Bureau (NICB) today released the latest report on snowmobile thefts in the United States. With this report, NICB refined its methodology to deliver more accurate snowmobile theft data, which is filtered from the National Crime Information Center’s (NCIC) Stolen Vehicle File. For example, a vehicle was determined to be a snowmobile by meeting any of the following criteria: 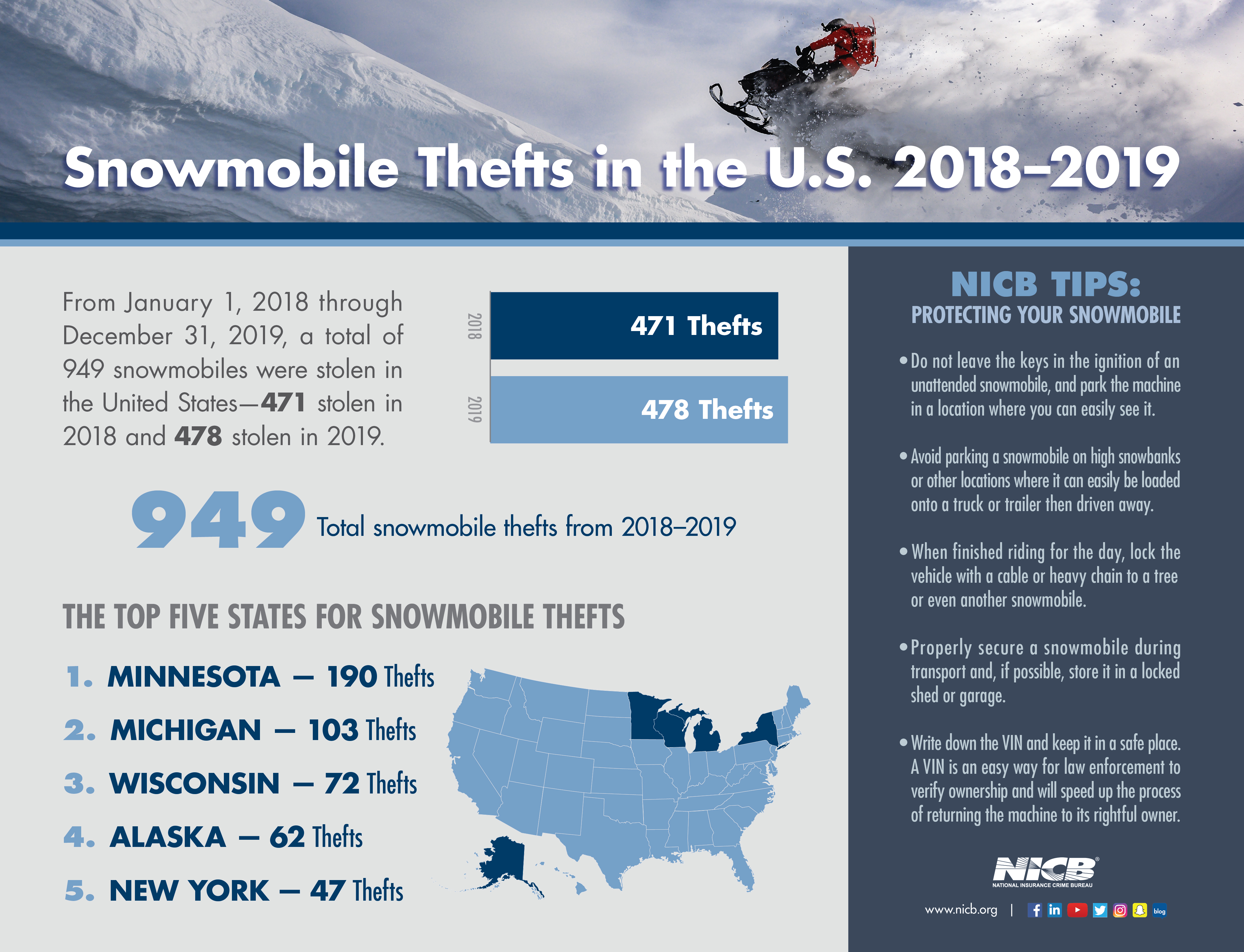 Historically, there have been other brands, but currently the four main manufacturers of snowmobiles in North America are Arctic Cat, Bombardier (brand name Ski-Doo), Polaris, and Yamaha. Based on VIN structure, data field entries, and text entries included with the theft records, 933 of the 949 records were able to be identified as a product of one of those four manufacturers.

Polaris was the brand most stolen during this period with 326. Polaris was followed by Bombardier (313), Arctic Cat (210) and Yamaha (84). In 16 theft records, a manufacturer was unable to be identified.