Businesses Are the Prime Target, But Homeowners Are Not Unaffected 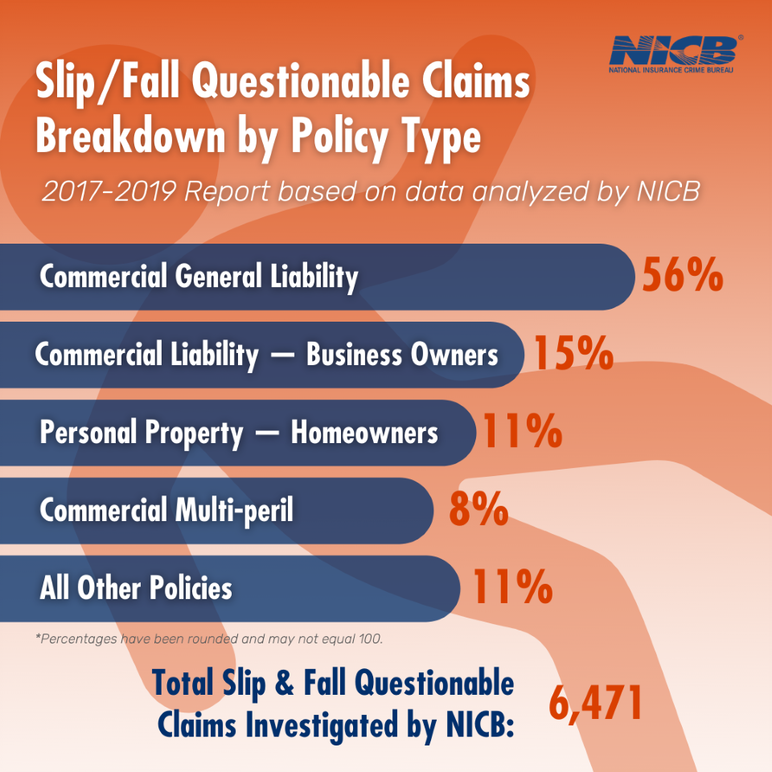 “NICB and its insurer member companies work closely together and have investigated nearly 12,000 questionable slip and fall claims since 2015,” said John Selleck, vice-president of Operations, Intelligence, and Analytics, NICB. “Insurers have a responsibility to their policyholders to make certain their premium dollar goes as far as possible. Investigations of potentially fraudulent claims by insurers and NICB means consumers will get the most from what they pay.”

The high rate of questionable slip and fall claims impacting commercial insurance policies indicates a majority of these claims are occurring at retail stores, parking lots, or restaurants. 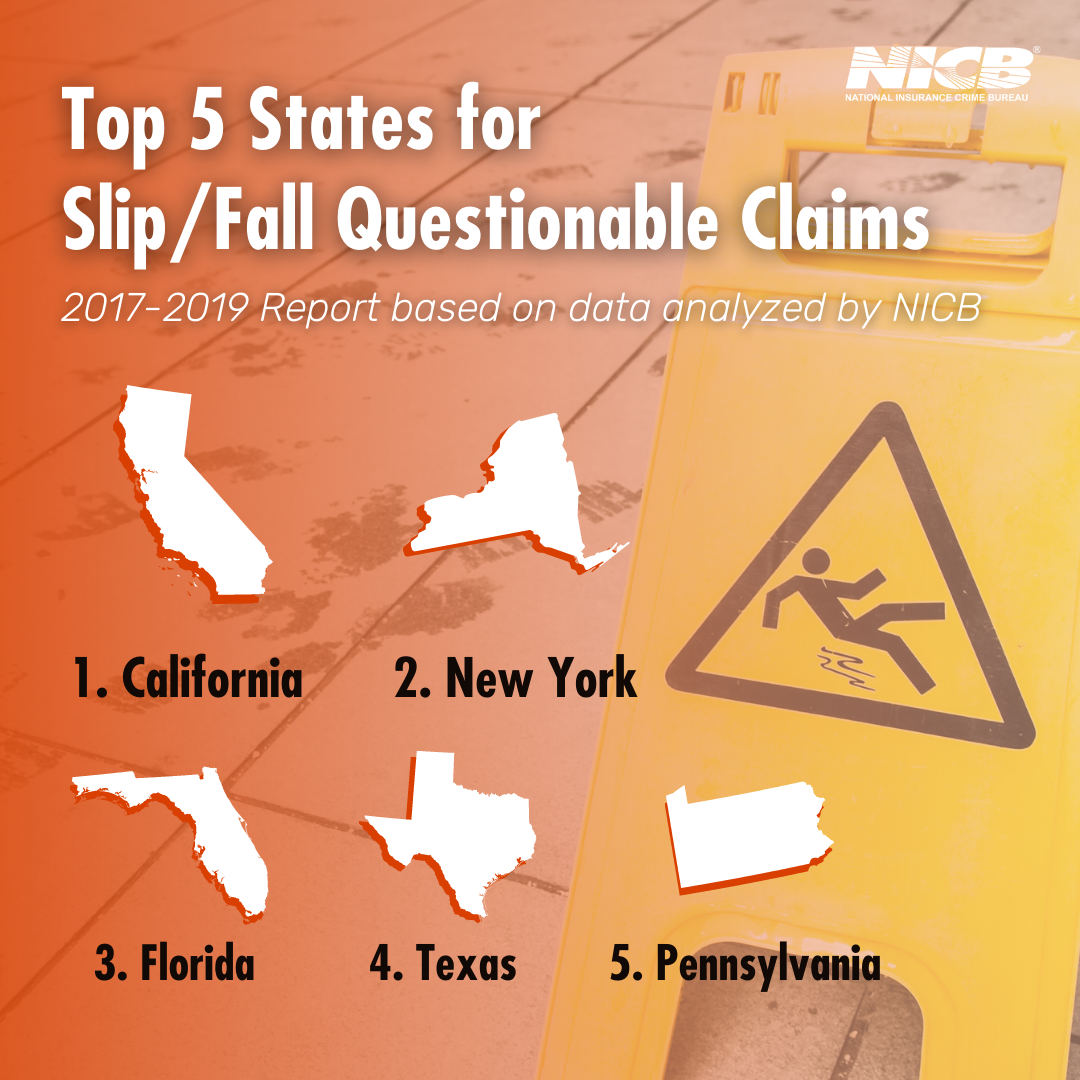 California, New York, Florida, Texas, and Pennsylvania were the top five states for Slip and Fall potential insurance fraud scams. Of these five states, both New York and Florida showed an increase in fraudulent slip and fall claims of 30 percent from 2017 to 2019. Illinois saw a decrease in such cases of 19 percent.

While a significant number of these fraud issues are affecting commercial businesses, homeowners are not immune to the scam. According to the data, Personal Property Homeowners policies saw a 39 percent increase from 2017 through 2019. These policies accounted for 11 percent of the total questionable slip and fall insurance claims in 2019.

Scammers, however, have not seen a need to “reinvent the wheel” when it comes to scams. According to the NICB, there have been few changes in the tactics they employ, relying on deception in order to make a profit. NICB investigators have seen cases in which a scammer hired witnesses to sign statements stating they were present when the scammer fell and was injured. Another instance in which NICB investigators were involved concerned a chiseler that stated they sustained injuries from a fall on the job, but never reported back to work after a medical check proved no injuries. 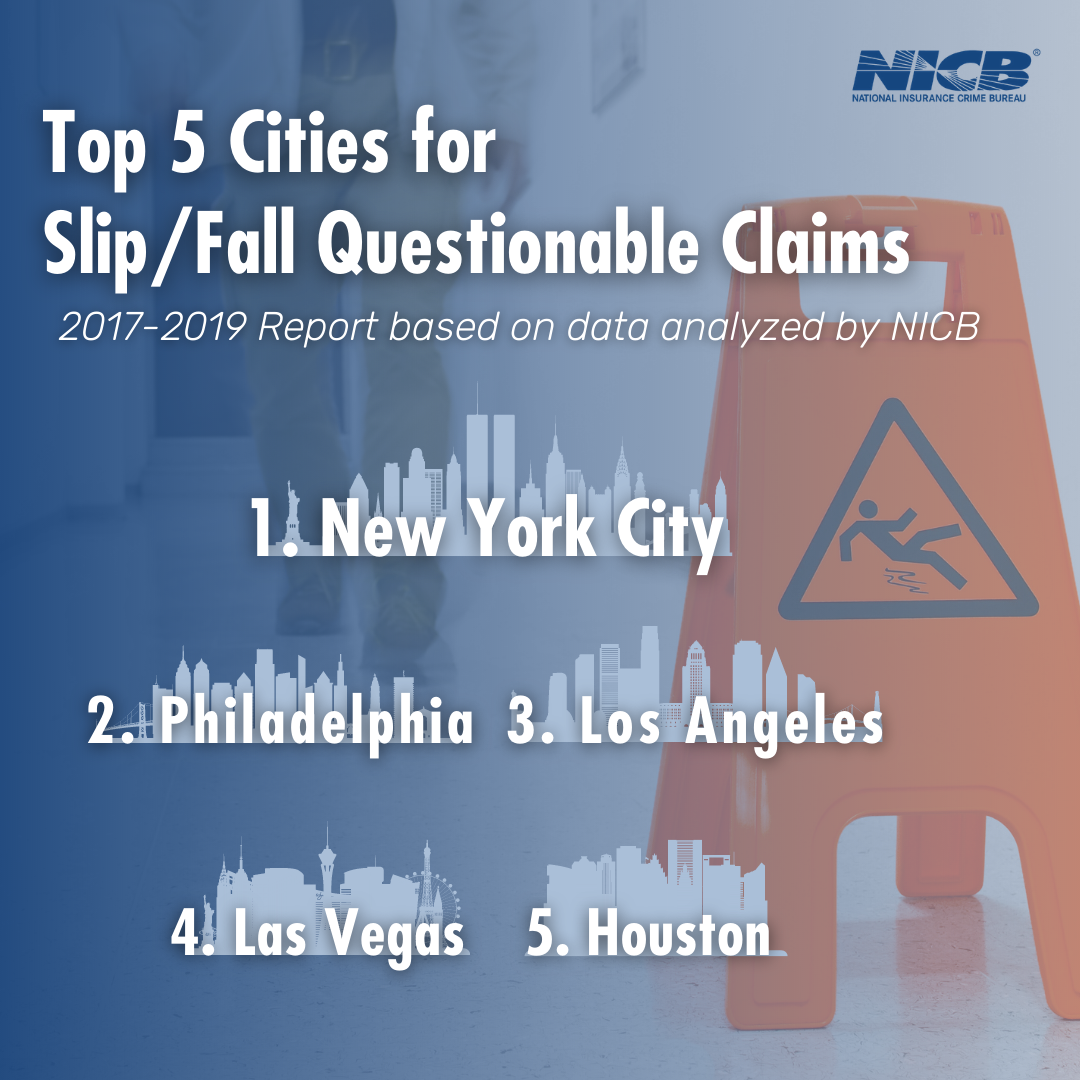 NICB investigators note that slip and fall claims may see changes in 2020 due to business closures. Other fraud indicators to look out for include:

To protect from these kinds of slip and fall scams, consider installing video systems that can record scam artists in the act. Such recordings can be used to assist by providing evidence for the case. Additionally, for business owners and homeowners, keep common areas clear of any hazards that could result in a fall. In retail stores, aggressive employee interaction with customers will make it more difficult for scammers to set up an accident. Homeowners should be aware of common household items which could be used by a trickster such as a hose on the sidewalk, items precariously stacked in the yard, or even a child’s toy.