NICB: Leaving Keys In Your Car Can Leave You Without Your Car

DES PLAINES, Ill., September 14—Nearly a quarter million vehicles were stolen from 2017 through 2019 with their keys left inside according to an updated report from the National Insurance Crime Bureau (NICB). However, of the 244,845 vehicles stolen with their keys inside, most were recovered. 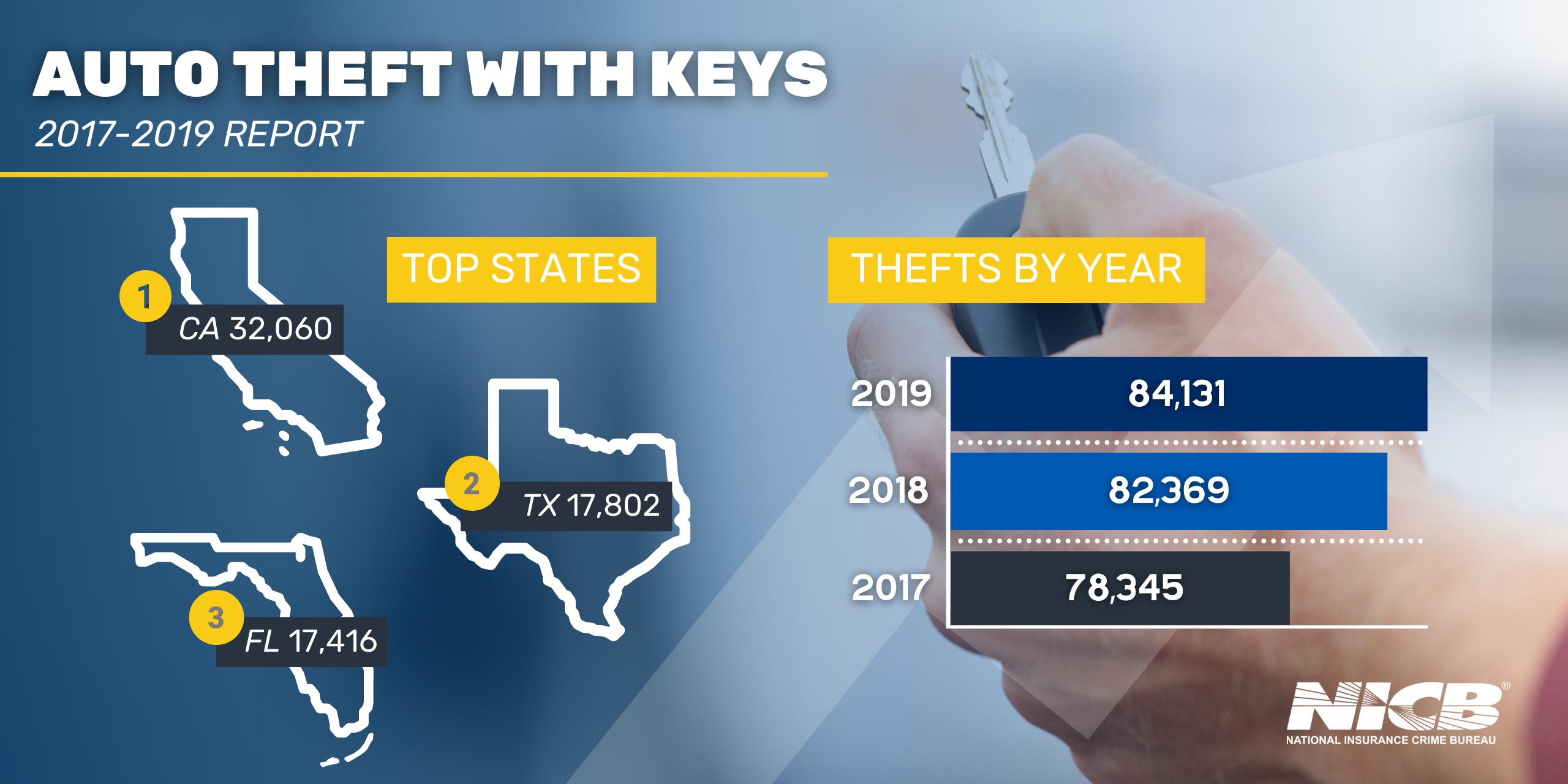 While there is concern for the number of thefts with keys, there is a silver lining as most of these thefts are recovered. Of the 244,845 thefts of cars with keys, only 12,355 remain unrecovered, a 95 percent recovery rate.

Though the likelihood of recovery is high, NICB advises drivers to do their part in preventing thefts. NICB recommends: