Theft claims down more than 78 percent since 2014

DES PLAINES, Ill., April 4, 2019 — The theft of certain metals, specifically copper, has been the scourge of homeowners, municipalities, road departments and public safety agencies across the nation for several years. In a report issued today by the National Insurance Crime Bureau (NICB), it suggests that metal thieves may have moved on to other kinds of activities. 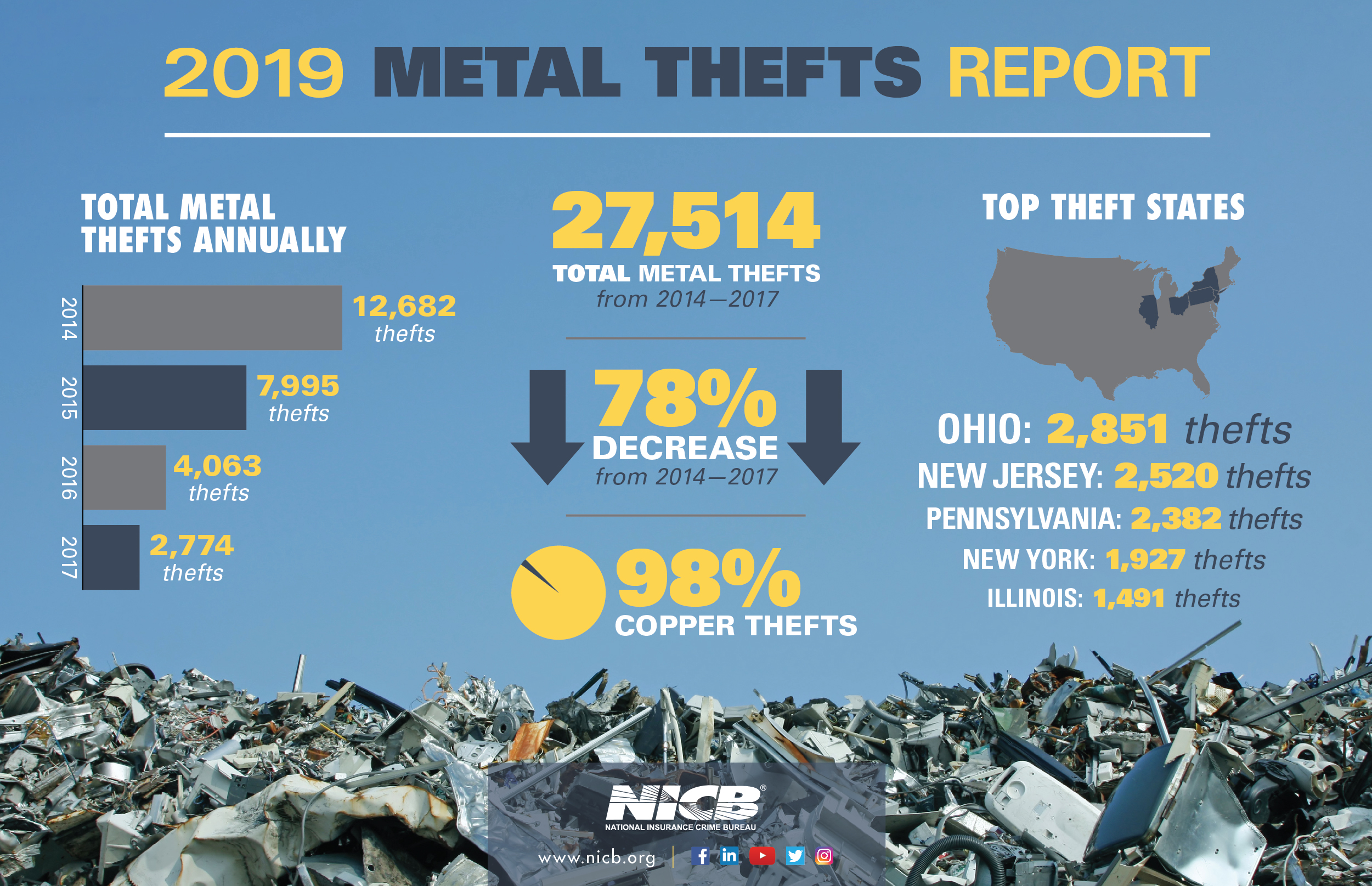 Much of the credit for these significant reductions is due to state legislatures and municipalities, working with their law enforcement agencies, to enact tough laws targeting copper and other metal thefts. Many of these laws require scrap yards and recyclers to document the transaction and obtain proof of identity to discourage thieves from trying to cash in on their crimes. All of which has increased public awareness as well.

The top five core based statistical areas (CBSAs) were: New York-Newark-Jersey City, NY-NJ-PA (1,938); Philadelphia-Camden-Wilmington, PA-NJ-DE-MD (1,731); Chicago-Naperville-Elgin, IL-IN-WI (1,246); Baltimore-Columbia-Towson, MD (810) and Cleveland-Elyria, OH (652). A total of 2,025—or 7 percent—of metal theft claims were either located outside of a CBSA or did not provide sufficient information to be included in a CBSA.

Just about any place where copper is present is at risk of theft based on the claims data reviewed, as well as anecdotal references gleaned from law enforcement and news media reporting. The best deterrent continues to be vigilance. If there is a vacant home or business in your area and you see suspicious or unusual activity around the property, call your local law enforcement. Until they arrive, if any vehicles are involved, jot down their descriptions and license plates. Also note the clothing and physical appearance of any persons. All of this is very helpful to investigators.