While Honda Accords and Civics produced prior to the introduction of anti-theft technology continue to dominate this report, a deeper look at the data demonstrates just how effective anti-theft technology continues to be. A total of (6,707) 1998 Honda Civics were stolen in 2017 compared with just (388) 2017 Civics. Put another way, (17) 1998 Civics were stolen last year for every one 2017 model.

Included with today’s release is a list of the top 25, 2017 vehicle makes and models that were reported stolen in calendar year 2017.

Even with the slight increases in the last few years, the national vehicle theft problem today is at levels not seen since 1967. Enhancements in vehicle security and manufacturing are having a positive impact, but complacency can undermine their success. Thousands of vehicles continue to be stolen each year because owners leave their keys or fobs in the vehicles, and that invites theft.

For 2017, the most stolen vehicles* in the nation were:

See the 2017 national report, the state report, an infographic and video.

The following are the top 10, 2017 model year vehicles stolen during calendar year 2017: 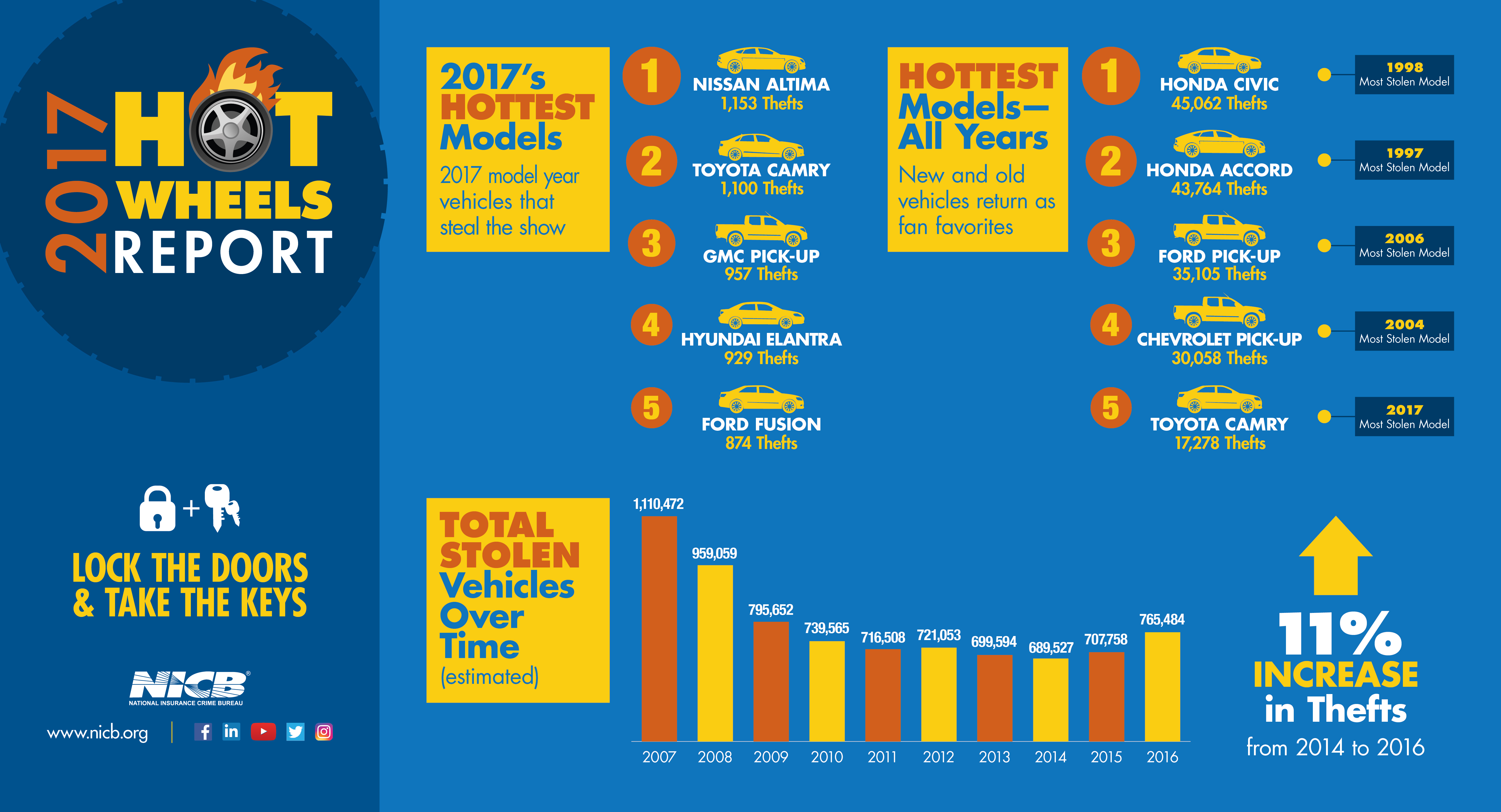 Vehicle theft is a severe economic hardship for its victims—especially if a vehicle is uninsured. That is why NICB continues to advise all drivers to review our four “Layers of Protection”:

Considering a used vehicle purchase? Check out VINCheck®, a free vehicle history service for consumers. Since 2005, NICB has offered this limited service made possible by its participating member companies. Check it out at: www.nicb.org/vincheck.

*This report reflects stolen vehicle data contained in NCIC and present in the “NCIC mirror image” when accessed by NICB on March 5, 2018. NCIC records may contain errors based on inaccurate entries submitted by reporting agencies. Full size pickups include half ton and larger capacity models for all makes.