'Tis the Season to Steal 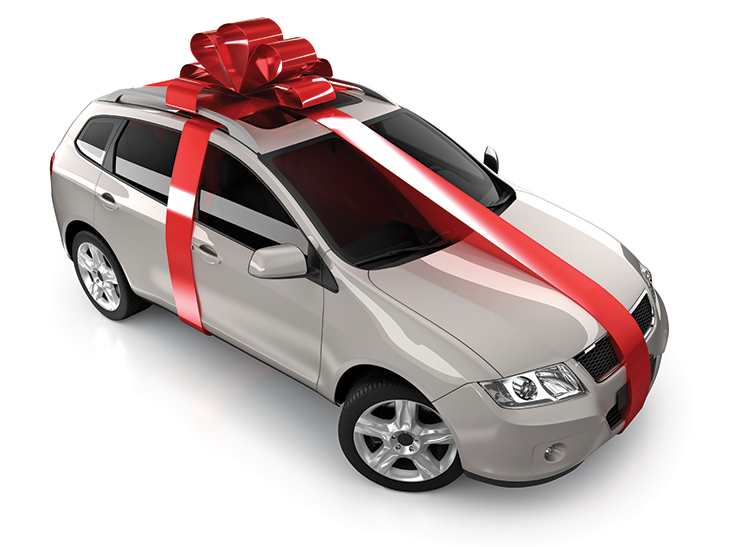 When you're making the rounds at the stores this holiday season, make sure your car isn't on someone's gift list. Unattended vehicles, especially those loaded with valuables, make attractive targets for thieves.

Holiday vehicle thieves had their busiest day in 2015 on Halloween, stealing 2,238 vehicles according to NICB's 2015 Annual Holiday Vehicle Theft Report. Theft data is culled from the National Crime Information Center's (NCIC) stolen vehicle file, which showed a total of 759,237 vehicle thefts for the year.

After Halloween, New Year's Eve was the next most active holiday with 2,227 thefts. Labor Day came in third with 2,171 thefts followed by Christmas Eve with 2,071 thefts. Memorial Day rounds out the top five holidays for 2015 with 2,040 thefts.

Holidays ranked by the number of thefts in 2015 were:

A special feature included in today's report is a look at vehicle thefts occurring on Black Friday, the day after Thanksgiving, which is widely viewed as the start of the holiday shopping season. In recent years, many national retailers have launched Black Friday specials on Thanksgiving evening while families may still be carving their turkeys.

The lure of added shopping hours—and the presence of unattended vehicles in store parking lots—may be contributing to higher vehicle thefts on Black Friday.

NICB reminds drivers this holiday season to make sure your vehicle is locked when unattended. Don't leave spare keys or FOBS inside. Take a moment and be sure to hide your valuables from view. Even an empty backpack looks appealing to a thief from the outside.

If stopping at several locations to shop, remember to first store your packages in your trunk before leaving one destination for the next. Thieves are known to watch shoppers who place items in their trunks and then head for the stores—that invites trouble. 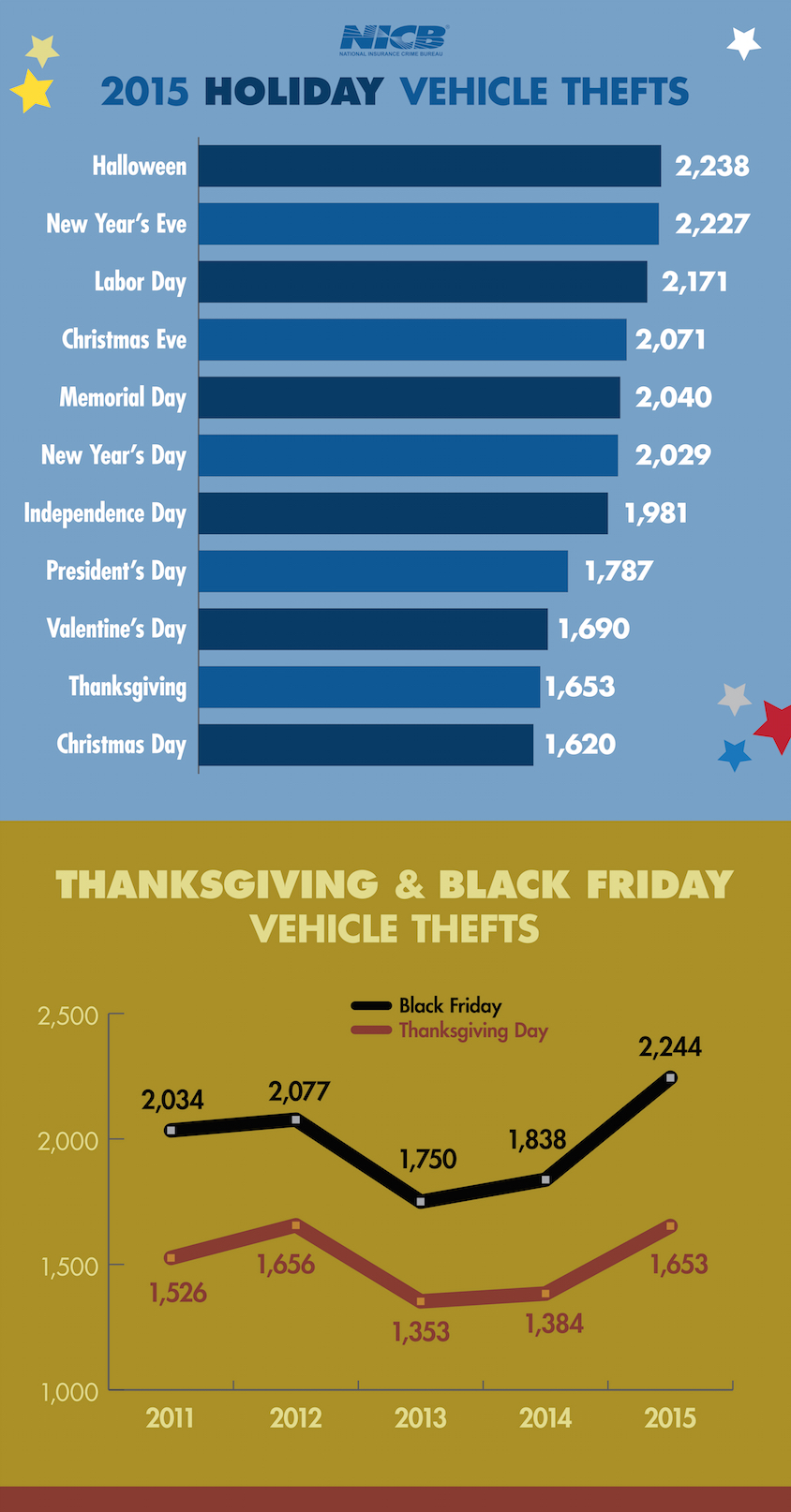