The National Insurance Crime Bureau (NICB) is happy to announce Special Agent Tim Harrelson, alongside Attorney General Investigator Stacy Kirkpatrick and Pinnacol Assurance SIU Matt Heiderich, will be receiving the IASIU Multi-Jurisdiction Award for Excellence for the outstanding investigative work in the case of Carlos Nava and Metro Area Insurance Group. Tim and Stacy were also recognized by the IASIU Colorado State chapter as Rocky Mountain IASIU Investigator of the Year for their work on this case. 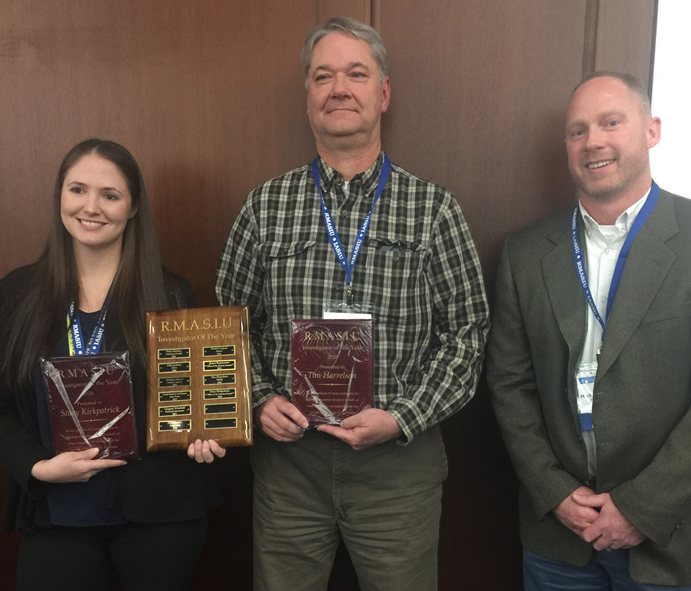 After issuing a ForeWarn Alert, SA Harrelson’s assistance was requested by Pinnacol SIU Matt Heiderich in an investigation regarding Nava’s involvement in alleged forged insurance certificates. Through this investigation, it was discovered Nava was involved in multiple paper accident claims through different insurance companies. It was clear this was going to be a huge investigation. SA Harrelson contacted the Colorado Department of Revenue, Division of Motor Vehicles Enforcement, and the Colorado Bureau of Investigation for assistance.

SA Harrelson took a deep-dive into this investigation and interviewed the previous owners of the vehicles involved in these claims. It was determined each vehicle had been previously damaged in an accident before Nava purchased them. Armed with proof of fraud, SA Harrelson presented the information to the Colorado Attorney General’s Office. An investigation was immediately initiated. It revealed Nava forged Certificates of Insurance, forged proof of insurance cards, and wrote multiple letters to courts stating that defendants had vehicle insurance prior to receiving traffic citations, when in fact, they did not have any such insurance.

Carlos Nava pled guilty to one count of Attempt to Influence a Public Official, two counts of Insurance Fraud and one count of Forgery.  He was sentenced on July 12, 2019 in Denver District Court to five years supervised economic crime probation, specifically requiring he reverse a quit claim deed on his property, 250 hours of useful public service, 60 days in jail, and was also ordered to pay $27,751.78 in restitution, including $327 to NICB for the special ops funds used to pay for the policy purchased by the undercover officer.