DES PLAINES, Ill.—If you own a late model car or truck, and you've been in a wreck, you may still be shaking your head over the repair bill. The National Insurance Crime Bureau (NICB) says today's vehicles are loaded with expensive parts and technology that increase the costs of repairs, even in what may be considered a minor accident.

And those expensive parts will continue to drive car thefts as criminals steal cars and trucks to strip them and sell the parts on the black market. 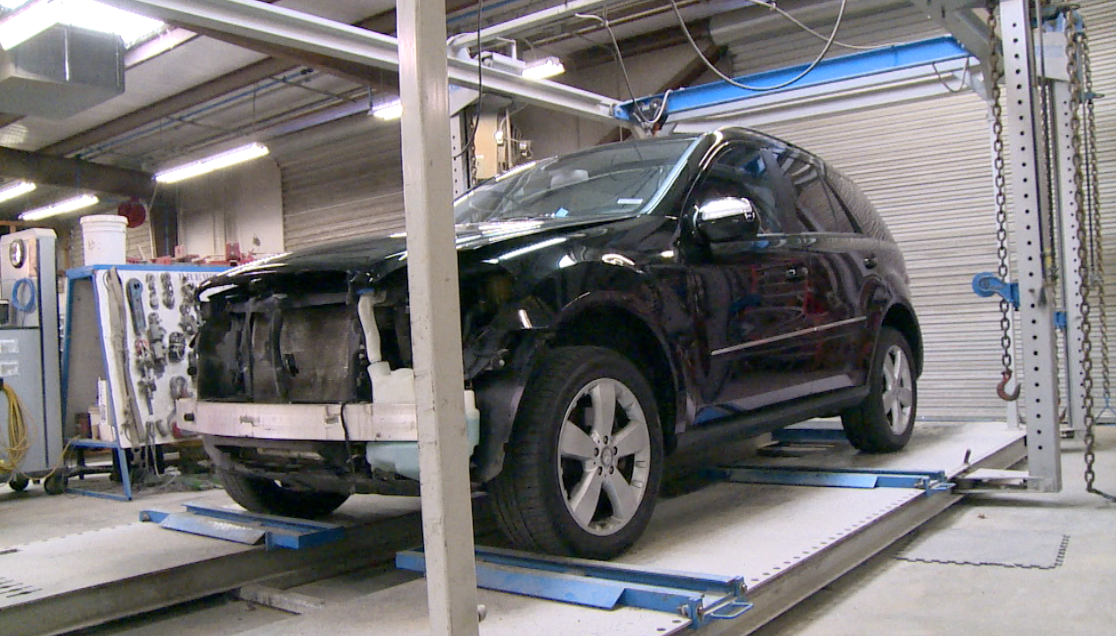 Thefts of vehicles in the U.S. rose again last year by more than four percent, according to preliminary 2017 crime data from the FBI. Many of the vehicles that are recovered are missing wheels and rims or other key parts, while ones that are never recovered end up in chop shops where they are quickly dismantled and sold piece by piece.

The NICB looked at the cost of replacement parts for the top 10 stolen 2016 models. Average original equipment manufacturer (OEM) part prices were pulled from a database of over 24 million vehicle damage appraisals generated for insurance claims from 2016 and 2017. Parts such as bumpers, doors, fenders, hoods and headlights were on the list. Major components like the engine and transmission were not included.

The 2016 Toyota Camry, the most stolen 2016 model in our latest "Hot Wheels" report, had 15 commonly replaced components valued at nearly $11,000. That's not including labor. 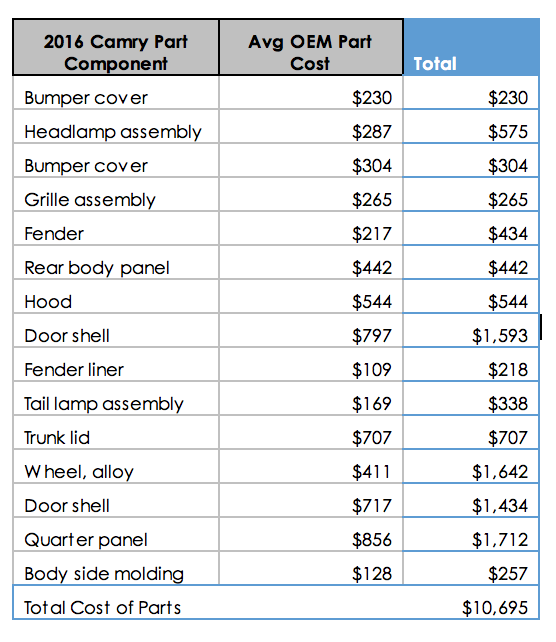 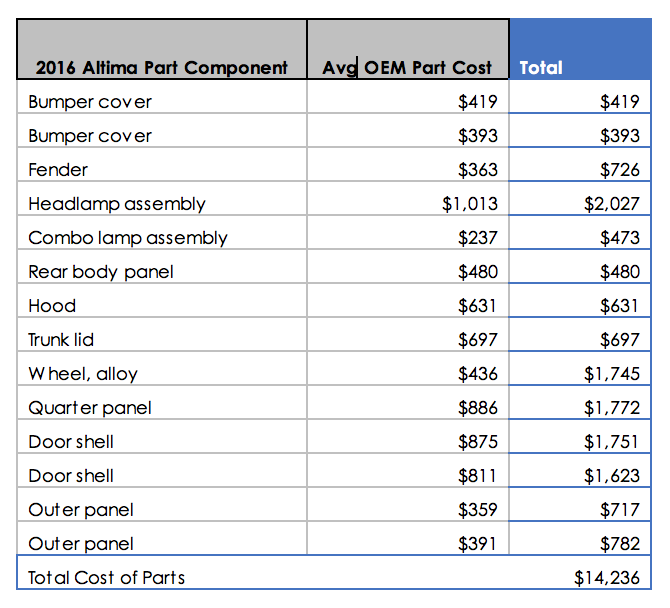 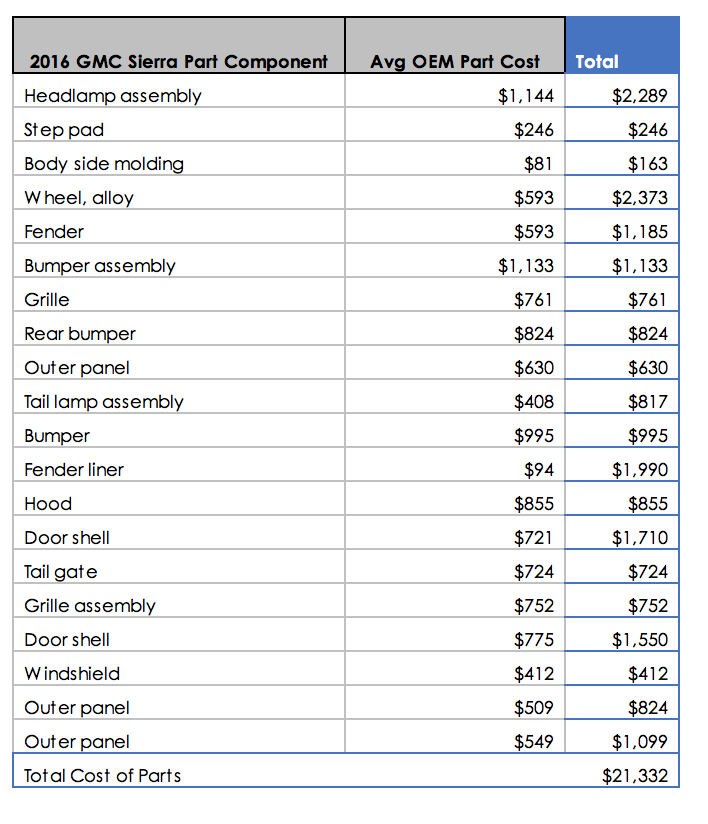 "For the professional theft ring, stealing and stripping vehicles for parts has always been a lucrative business," said NICB Senior Vice President and COO Jim Schweitzer. "On today's cars and trucks, the parts are often worth more than the intact vehicle and may be easier to move and sell. That's why we see so many thefts of key items like wheels and tires and tailgates...there's always a market for them.

"We support law enforcement efforts, especially the auto theft task forces that focus on these kinds of theft rings. Shutting down a theft ring and a chop shop can have a major impact on reducing thefts in a community." 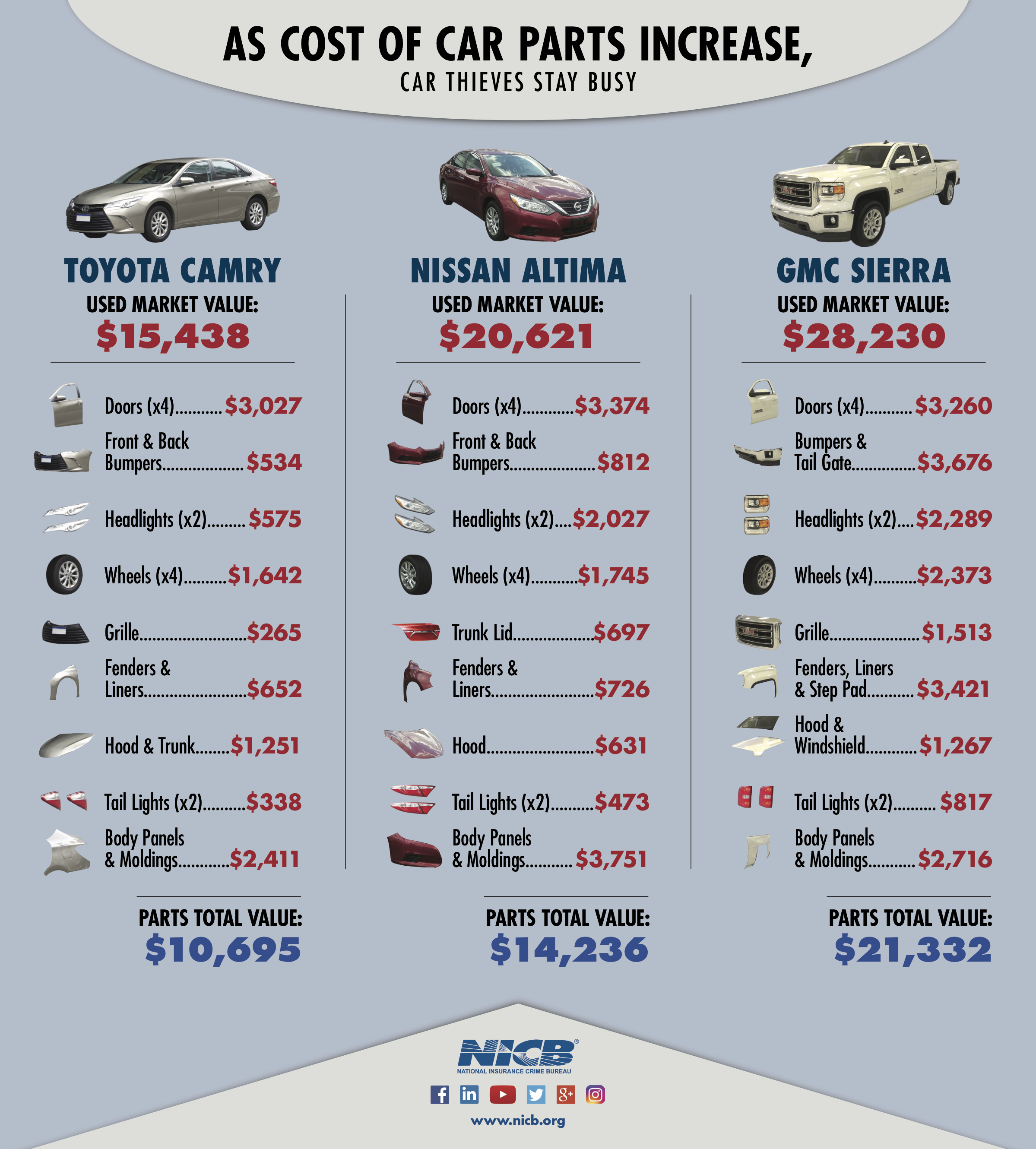