Over 1.7 Million Animal-Related Insurance Claims Since 2014

The National Insurance Crime Bureau (NICB) today released a study on the number of animal-related insurance losses for the years 2014-2017. The data is gleaned from insurance claims for losses that occurred in all 50 states plus the District of Columbia. A total of 1,740,425 animal-related insurance claims were processed with 1,739,687 of them—99.9 percent—involving vehicles. The actual number of incidents is likely much higher since many drivers do not choose to carry coverage for that type of event. 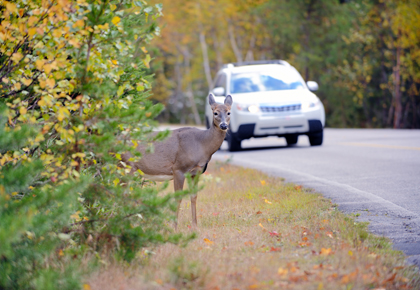 While all animal-related claims went up six percent over the four-year period, those that specified a deer was involved actually declined by 30 percent.

You can download the complete report here and an infographic here.

Animal-related losses are good reason to make sure that you have adequate insurance and understand your coverage to protect against losses from these and other kinds of damage-causing incidents. The average animal crash claim amounted to about $4,000 in 2016 according to one major insurer. That would have amounted to nearly $1.8 billion in claims in 2016. 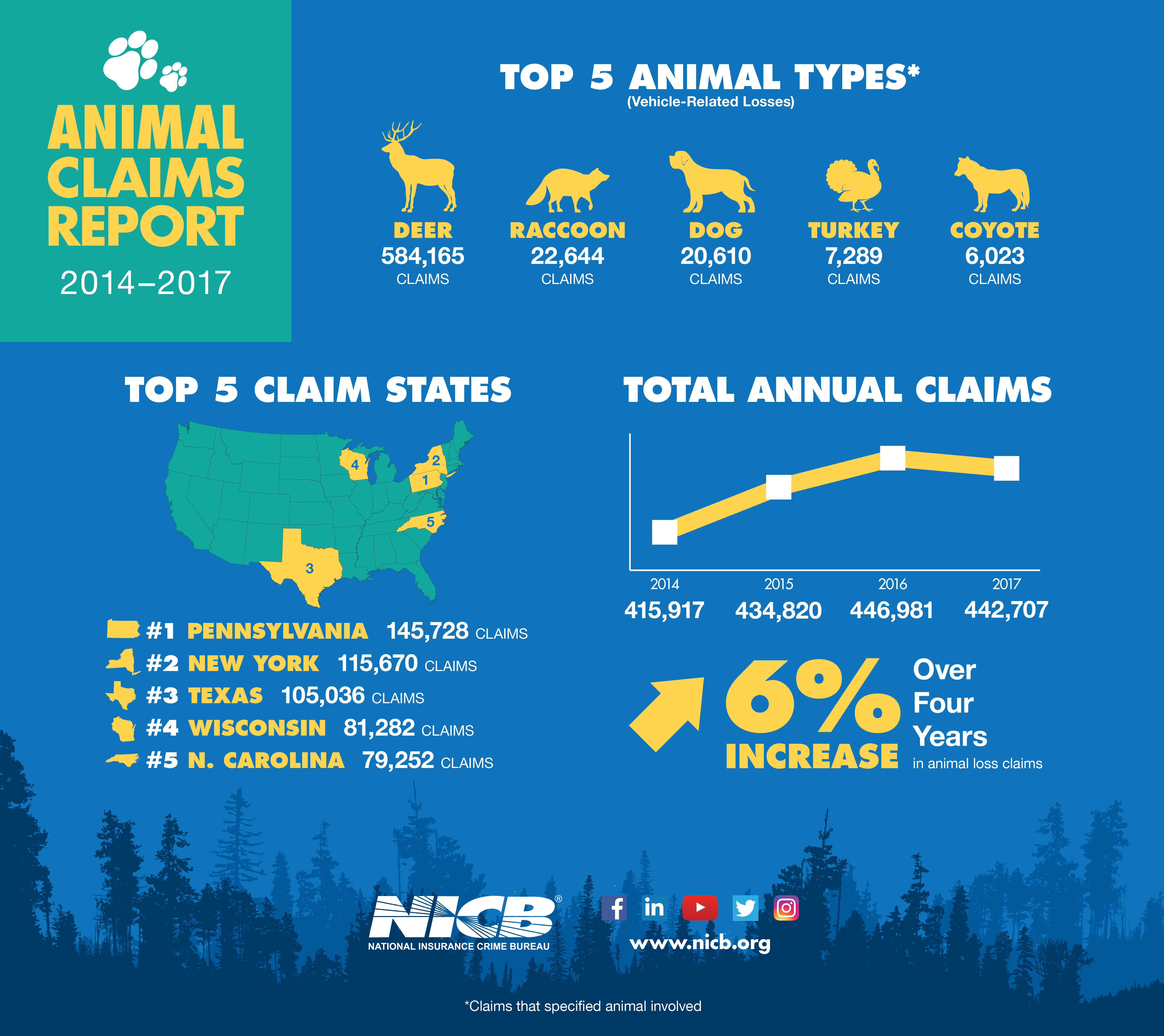