More Drivers Losing Their Cars By Leaving Their Keys In Them 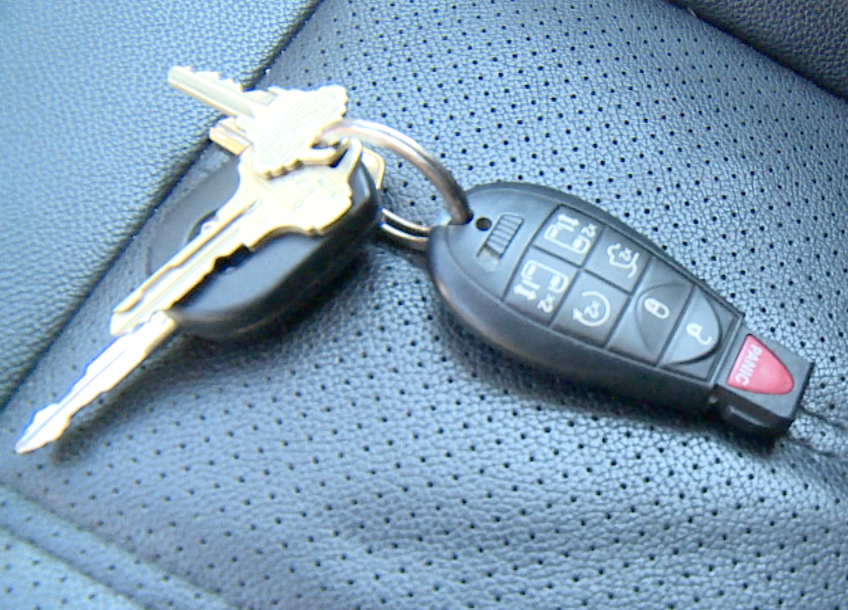 Last year, a vehicle was reported stolen once every 45 seconds in the United States.  And one out of every eight thefts was a freebie for the thief.  There was a theft every six and one-half minutes where the driver left the keys or FOB inside.

It's a growing problem according to the latest report from the National Insurance Crime Bureau (NICB).  The 57,096 thefts in 2015 amounted to a 22 percent increase over the previous year. Over the past three years, this kind of theft grew by 31 percent.

Since many people do not admit to leaving their car unlocked with the keys or FOB inside, the actual numbers of thefts with the keys left in vehicles may be considerably higher than the report indicates. 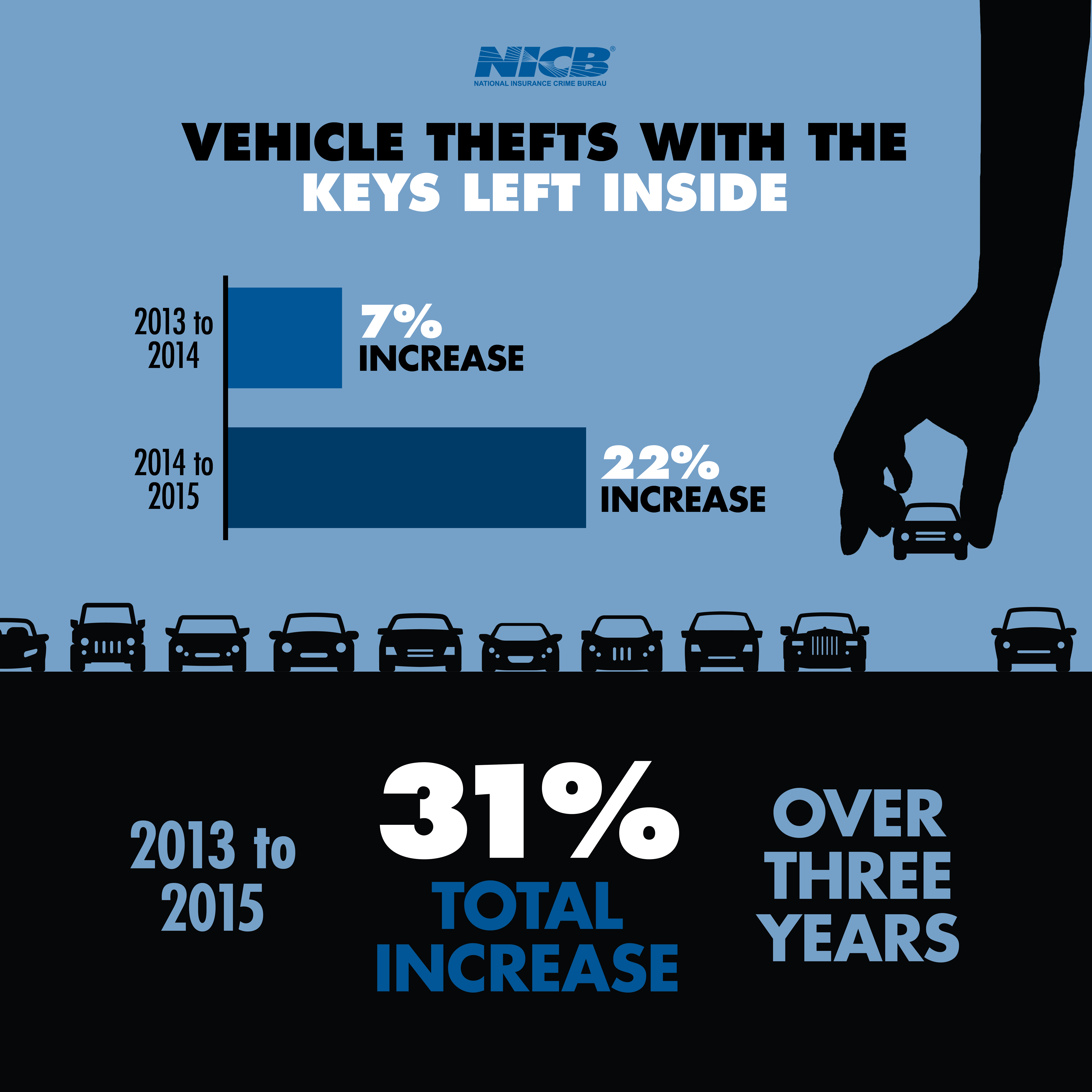 "Anti-theft technology has had a tremendous impact on reducing thefts over the past 25 years, but if you don't lock it up, it's not going to help," said NICB President and CEO Joe Wehrle. "Complacency can lead to a huge financial loss and inconvenience for the vehicle owner. Leaving a vehicle unlocked or with the key or FOB inside gives a thief the opportunity to take not only the car, but also any possessions inside. It can also provide access to your personal information if the registration is left in the glove compartment.

"We have reports from our law enforcement partners that car thieves have stolen the car, driven it to the residence and burglarized the home before the owner even knew the vehicle was missing."

One state—Hawaii—had a perfect record. Not a single report of a vehicle theft with keys.

The full report can be viewed and downloaded here.  The full dataset is here. Download an infographic here.