For the last 25 years, it has been consistently agreed upon by industry experts that annual losses attributed to property and casualty insurance fraud range from $30-34 billion annually.

Even more concerning, we are not able to accurately track the current level of fraud, as there has not been any recent, comprehensive, industry-wide effort to determine the real impact of fraud.

What we do know at NICB is that insurance fraud is a regular occurrence during the best of times and even more so after a severe storm or other catastrophe.

Take the case of Colorado residents Frank Duffy and his late wife, Geraldine. Their roof was damaged following a severe hailstorm. George Harris of East West Roofing, LLC, obtained front money from the Duffy’s to do the repair work—then he disappeared.

Frank Duffy explains in this video.

NICB special agents Jon Hersley and Gary Clyman got involved in the investigation and quickly identified numerous others who had been victimized by Harris. They worked with NICB member insurance company special investigation units and Colorado state law enforcement authorities to prosecute Harris successfully.

Harris was convicted following a four-week trial in June 2019. Harris was sentenced to eight years in prison and was ordered to pay restitution as well.

While cynics may regard insurance fraud as a “victimless crime,” the tragic story of the Duffy’s shows otherwise. Their story makes it painfully clear that very real impact fraud can have upon those who are most vulnerable. Furthermore, this impact has a considerable ripple effect across the industry, impacting consumers not directly affected by the crime itself. For example, exploitation of the insurance industry causes costs associated with losses to rise, which could lead to higher premiums across the board for the average consumer. 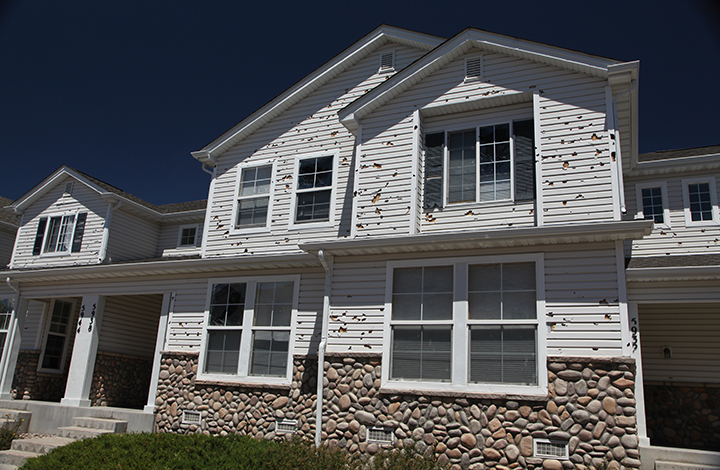 Following a disaster, the landscape is often littered with the debris of destroyed homes, businesses and, sometimes, whole communities. Emotions are shattered as well and it is most unfortunate that while many people are emotionally distraught over their losses, there are unethical and greedy individuals seeking to victimize them yet again.

However, it is important to remember that this kind of exploitation can be prevented—or significantly reduced—if victims take a moment before disaster strikes to familiarize themselves with their insurance protection. NICB recommends that all consumers connect with their insurance companies regularly to review their policies and update them, if necessary, with additional protection.

Consumers should know, precisely, what they are covered for and how best to protect themselves from costly post-disaster recovery. Among the protections is NICB’s collection of fraud prevention materials that are free to anyone who visits our library.

We could not agree more.