The National Insurance Crime Bureau (NICB) released its annual Hot Wheels report which identifies the 10 most stolen vehicles in the United States. The report examines vehicle theft data submitted by law enforcement to the National Crime Information Center (NCIC) and determines the vehicle make, model and model year most reported stolen in 2015.

Included with today's release is a list of the top 25 2015 vehicle makes and models that were reported stolen in calendar year 2015.

For 2015, the most stolen vehicles* in the nation were (total thefts in parentheses):

The following are the top 10 2015 model year vehicles stolen during calendar year 2015:

"While older vehicles still dominate our Hot Wheels most stolen list, the number of late model vehicles with anti-theft protection on the list goes to show that technology isn't foolproof," said NICB President and CEO Joe Wehrle. "Criminals are doing their best to defeat anti-theft technology through hacking and other means while, at the same time, manufacturers and others are working to improve security.

"Far too often, drivers leave their vehicles unlocked or with the keys inside, making it way too easy for an opportunistic thief. And as we noted recently, many stolen cars are not reported as typical thefts to police because many of today's thefts are financial crimes involving complicated VIN switching, cloning, straw buyers, illegal exports and other sophisticated criminal methods."

Vehicle theft is a severe economic hardship for its victims—especially if a vehicle is uninsured. That is why NICB continues to advise all drivers to review our four "Layers of Protection":

Common Sense: Lock your car and take your keys. It's simple enough, but many thefts occur because owners make it easy for thieves to steal their cars.

Warning Device: Having and using a visible or audible warning device is another item that can ensure that your car remains where you left it.

Immobilizing Device: Generally speaking, if your vehicle can't be started, it can't be stolen. "Kill" switches, fuel cut-offs and smart keys are among the devices that are extremely effective.

Tracking Device: A tracking device emits a signal to the police or to a monitoring station when the vehicle is stolen. Tracking devices are very effective in helping authorities recover stolen vehicles. Some systems employ "telematics," which combine GPS and wireless technologies to allow remote monitoring of a vehicle. If the vehicle is moved, the system will alert the owner and the vehicle can be tracked via computer.

Considering a used vehicle purchase? Check out VINCheck, a free vehicle history service for consumers. Since 2005, NICB has offered this limited service made possible by its participating member companies. Check it out at: www.nicb.org/vincheck. 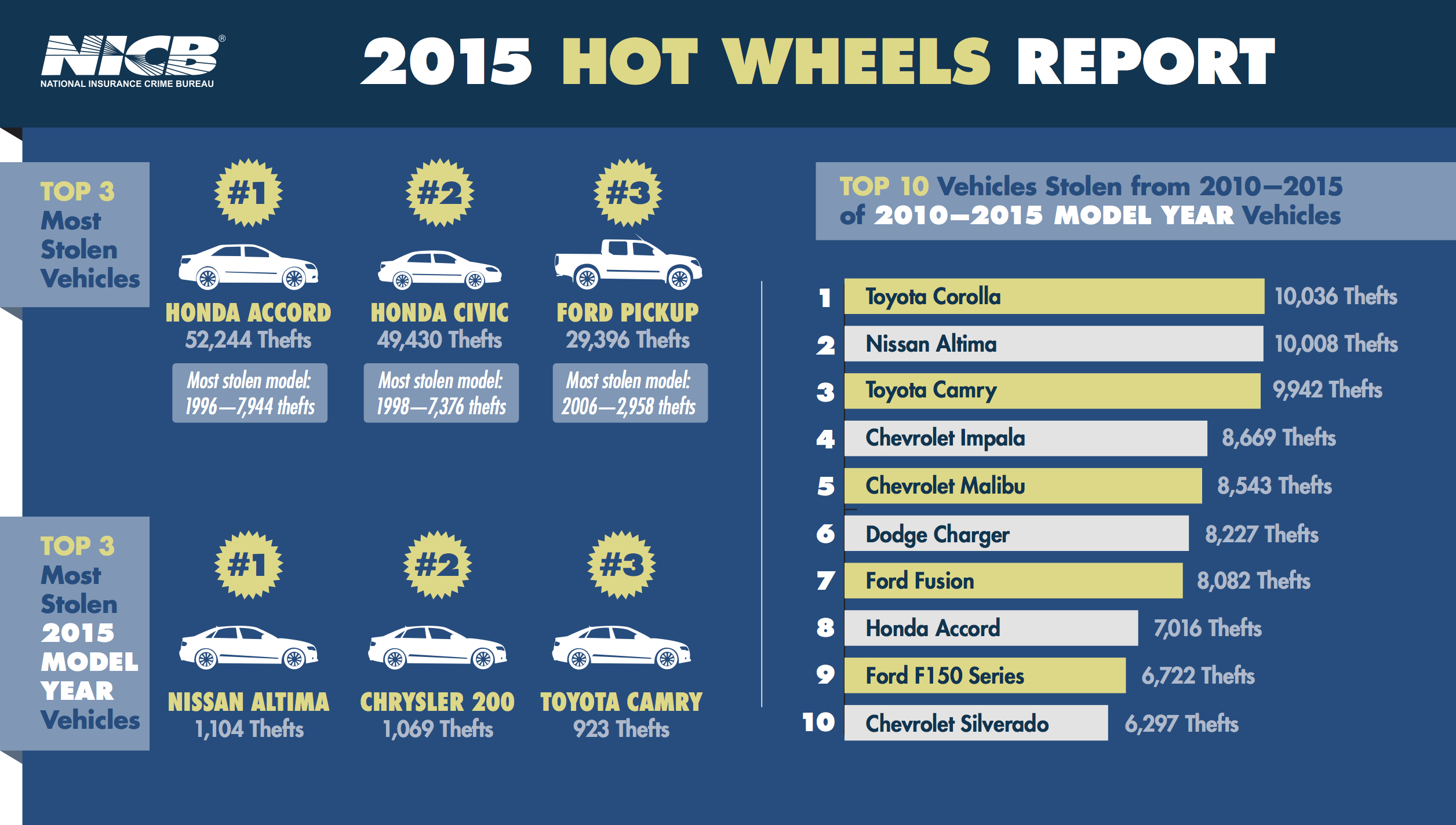